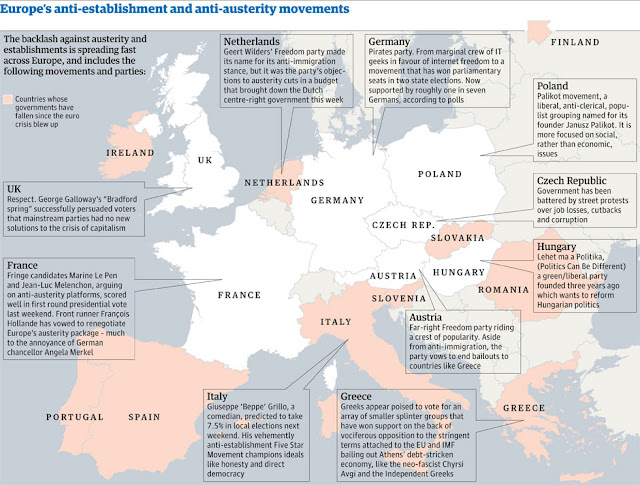 From the anti-austerity firebrands of Greece's imminent elections to the corruption crusaders in Prague, from the Pirates of Berlin to the populists who scored well in France's presidential election, a new wave of anti-establishment parties are on the rise across Europe, posing a threat to the political elite.

Their causes vary – some are from the left, some from the right. But in many cases austerity is their bete noire, and this week governments in Netherlands and Romania were toppled because of opposition to programmes of budget cuts. They may not be the last.

Greece, the country that triggered Europe's debt crisis, is gearing up for a general election that is likely to see extremist parties win seats on a wave of anti-austerity sentiment.

With barely a week before Greeks cast their ballots, analysts are describing the May 6th poll as "the most unpredictable" in recent history. The only certainty, they say, is that the vote will result in a hung parliament with as many as ten parties entering the 300-seat House – an outcome likely to engulf the crisis-hit nation in debilitating political instability.
Διαβάστε περισσότερα »
Αναρτήθηκε από You Pay Your Crisis στις 7:07 μ.μ. Δεν υπάρχουν σχόλια: Σύνδεσμοι σε αυτήν την ανάρτηση 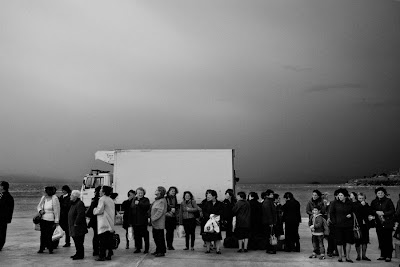