Α German trauma therapist journeys to Greece. What he sees there surpasses his worst fears. Greek society is crumbling under the pressure of the crisis. Excerpts.

Melanie Mühl
Trauma is Georg Pieper's business. Whenever a disaster hits Germany, the traumatologist is on the spot. Following the attacks in Oslo and Utøya, Pieper travelled to Norway and supervised his colleagues there. He knows what it means to look closely study and measure the scale of a disaster.

In October Pieper, spent a few days in Athens, where he gave continuing education courses for psychologists, psychiatrists and doctors on trauma therapy. Although he had prepared himself for some shocks, the reality was even worse than he had gloomily expected.

For Germans who watch the news, the crisis is very remote. It encroaches on us first and foremost in hearing terms like "rescue fund" or "billion-euro holes". Instead of understanding the global context, we see Angela Merkel in Berlin, Brussels or somewhere else, stepping out of dark limousines with a grave expression on her face.
Διαβάστε περισσότερα »
Αναρτήθηκε από You Pay Your Crisis στις 8:23 μ.μ. Δεν υπάρχουν σχόλια: Σύνδεσμοι σε αυτήν την ανάρτηση 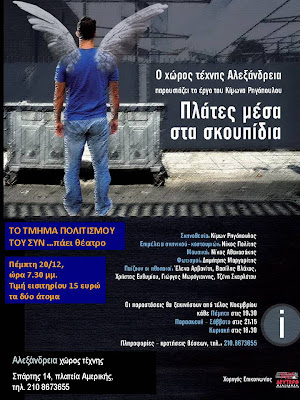 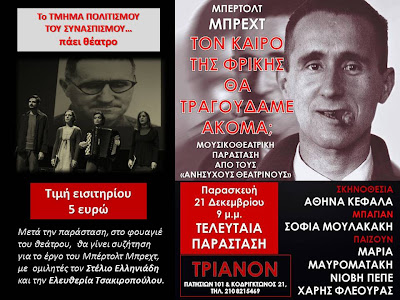