(Image: CartoonArts International / The New York Times )
The economist Dean Baker is once again justifiably mad at Robert Samuelson at The Washington Post who, in a column titled “Bye-Bye Keynes?” published on Dec. 18, writes: “Were [John Maynard] Keynes alive now, he would almost certainly acknowledge the limits of Keynesian policies. High debt complicates the analysis and subverts the solutions. What might have worked in the 1930s offers no panacea today.”
Mr. Baker, in a blog post for the Center for Economic Policy and Research, pointed out the next day that “Samuelson actually wants to say goodbye to Keynes, but he would have had a better case if he was talking about Darwin and the theory of evolution. After all, when we have seen nothing but confirming evidence for years, why should we still accept the theory?”
It is indeed frustrating that after three years in which Keynesian predictions have been spectacularly correct, pundits insist on reading the evidence as a rejection of his work.
Διαβάστε περισσότερα »
Αναρτήθηκε από You Pay Your Crisis στις 1:51 μ.μ. 1 σχόλιο: Σύνδεσμοι σε αυτήν την ανάρτηση 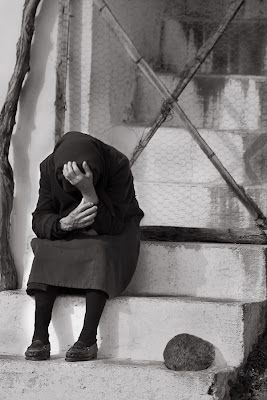