Can Greece get out of the crisis?

This is a very timely discussion of whether Greece can get out of its current economic crisis. The financial markets show concern that the recent bailout will not be enough and a further rescue may be needed. There is renewed international concern that other euro members will find themselves in difficulty prompting further action – Portugal, it is feared, may need another bailout. The rescue strategy for Greece is clearly the ‘test case’ that will shape the response to any further problem. So, can it work? What must the ‘Troika’ and Greece do to return the economy to growth? The panel debate brings together key experts and protagonists.

Dimitris Daskalopoulos is chairman of the board of the Hellenic Federation of Enterprises (SEV).

Poul Thomsen is deputy director, in the European Department of the International Monetary Fund and and head of the Troika Programme for Greece. 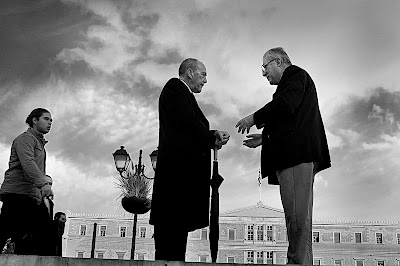