ΠΗΓΗ: Die Zeit
The Euro Group has postponed its decision on whether or not to grant a new aid package to Greece, fearing that the austerity plan adopted by Athens will not be implemented. But rather than the brutal slashing imposed by Brussels, the country needs to be restructured. And rather than being stigmatised, it is in need of solidarity.
Ludwig Greven
The latest news from a divided Europe is that for the first time, German exports have reached  €1 billion. The economic situation is bright, tax revenues are rising, unemployment is falling, [labour union] IG Metall, due to high profits in the industrial sector, is asking for a 6.5% salary increase. Germany is an island of bliss.
And now here is Greece, a country in the midst of upheaval, thrown into the abyss. The transition government has decided, under the pressure of the Troika (European Union, European Central Bank, International Monetary Fund), to impose a new set of draconian austerity measures. Salaries are to be slashed by 20-30% and150,000 people will be laid off from the public sector by 2015. The economy, which is expected to shrink by at least 8% this year, is in freefall and the threat of bankruptcy has not been averted.
Διαβάστε περισσότερα »
Αναρτήθηκε από You Pay Your Crisis στις 8:05 μ.μ. Δεν υπάρχουν σχόλια:

ΠΗΓΗ: Guardian
The behaviour of the EU states towards Greece is inexplicable in the terms in which the EU defines itself. It is, first and foremost, a failure of solidarity.
The "austerity package", as the newspapers like to call it, seeks to impose on Greece terms that no people can accept. Even now theschools are running out of books. There were 40% cuts in the public health budget in 2010 – I can't find the present figure. Greece's EU "partners" are demanding a 32% cut in the minimum wage for those under 25, a 22% cut for the over 25s. Already unemployment for 15-24-year-olds is 48% – it will have risen considerably since then. Overall unemployment has increased to over 20%. The sacking of public sector workers will add to it. The recession predicted to follow the imposition of the package will cause unbearable levels of unemployment at every level.
In addition the "package" demands cuts to pensions and public service pay, wholesale privatisation of state assets – a fire-sale, since the global market is close to rock bottom – and cuts to public services including health, social welfare and education. The whole to be supervised by people other than the Greeks. An entire disciplinary and punishment system.
Διαβάστε περισσότερα »
Αναρτήθηκε από You Pay Your Crisis στις 7:02 μ.μ. Δεν υπάρχουν σχόλια: 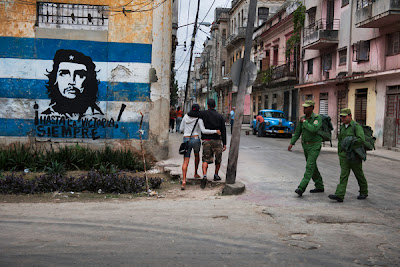 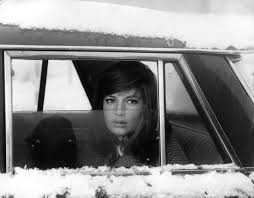 By Alan Wheatley and Scott Barber
LONDON | Tue Feb 14, 2012 1:37pm EST
(Reuters) - Entering the fifth year of recession,Greece is writing its name in the book of unwanted records for one of the deepest economic slumps of modern times.
The Greek economy shrank 6.8 percent in 2011, leaving the level of output an estimated 16 percent below its pre-crisis peak. Unemployment has soared to more than 20 percent from 7.7 percent in 2008.
Argentina suffered a 20 percent peak-to-trough drop in output as it defaulted on its debts in 2001, while Latvia's economy contracted by 24 percent because of the 2008 global financial crisis.
With more belt-tightening in store in return for a proposed 130 billion euro ($172 billion) international bailout, Athens is on course to join their ranks, and possibly overtake them, said Uri Dadush, an economist with the Carnegie Endowment in Washington, a think tank.
"On the current path - which is not sustainable in my view - we may very well see Greek GDP go down 25-30 percent, which would be historically unprecedented. It's a disastrous crisis for them," Dadush, a former senior World Bank official, said.
Διαβάστε περισσότερα »
Αναρτήθηκε από You Pay Your Crisis στις 9:23 π.μ. Δεν υπάρχουν σχόλια: