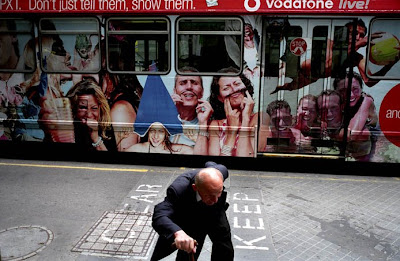 'The Problem Has Only Been Deferred'

A Greek flag flies at the Acropolis in Athens. 'The banks have been stalling for time,' Hau says.

ΠΗΓΗ: SPIEGEL
Nearly 86 percent of private investors have agreed to join in the debt-swap deal that will help Greece avoid an uncontrolled default. But is that good news? Many experts have their doubts. In a SPIEGEL ONLINE interview, economics professor Harald Hau argues that not only will the plan put the burden on taxpayers, but it will mean an even bigger crisis to come.
For reasons of data protection and privacy, your IP address will only be stored if you are a registered user of Facebook and you are currently logged in to the service. For more detailed information, please click on the "i" symbol.
SPIEGEL ONLINE: Almost 86 percent of private-sector investors have agreed to participate in the debt haircut for Greece. Is that a good sign?

Hau: It shows that there are still more than 10 percent who are freeloaders hoping to be fully remunerated. In part, they are speculators who bought the securities at very low prices on the market, at between 30 and 40 percent (of the nominal price), and are now betting on getting 100 percent back. They must be forced to take part (in the haircut).
Διαβάστε περισσότερα »
Αναρτήθηκε από You Pay Your Crisis στις 8:23 μ.μ. Δεν υπάρχουν σχόλια: Σύνδεσμοι σε αυτήν την ανάρτηση

Why the EU is treating Greece as a moral punchbag

ΠΗΓΗ: spiked online
On 24 February, spiked editor Brendan O’Neill spoke in the Institute of Ideas debate ‘Beware of Greeks bearing votes?’ at the Hellenic American Union in Athens. His speech is published below.
Pretty much every commentary on the EU’s interventions in Greece mentions the fact that Greece was the birthplace of democracy. They all talk about how ironic it is that this country where democracy was first conceptualised should now be subjected to such stringent external intervention. Once the birthplace of democracy, Greece is now its graveyard, we are told.
But I think there is another Ancient Greek tradition which it is more appropriate to call upon in our discussions about the EU and Greece. And that is the Ancient Greek tradition of theatre, of masked theatre in particular, Greece’s historic role in developing the art of performing human emotions. Because it seems to me that the EU-Greek crisis is being played out as one giant piece of theatre, as one giant performance. Both sides in this clash – both the EU officials who are imposing austerity measures on Greece and the Greek opponents of those austerity measures – seem to be driven more by a performative instinct than by a political instinct, by a preference for theatrical gestures over serious political debate.
So I think what we are seeing with the Greek crisis is not only the EU’s disregard for the democratic set-up in one particular nation, but something more profound than that – we are seeing the demise, and possibly the end, of serious politics and serious morality.