Stiglitz: ECB-IMF deal is a noose that will strangle economic recovery in Ireland

ΠΗΓΗ: Irish Times
OPINION : What the ECB and IMF have forced on Ireland is fundamentally corrupt and doomed to failure,
write MICHAEL CRAGG and JOSEPH STIGLITZ
WHAT HAPPENED to the Celtic Tiger? For many years, Ireland’s growth was based on fundamentals: investing in education and infrastructure to make the country an attractive place for investment and a gateway to Europe for companies from the US and Asia.
But then, like so much of the rest of the world, Ireland was distracted by the lure of fast bucks and the wizardry of finance. As in much of the rest of the world, false economic doctrines advocating unfettered markets prevailed, claiming the seeming success of the economy as evidence of their verity. Not surprisingly, economic doctrines that helped create the crisis have not served the country well in dealing with its aftermath.
With those still in office entering into international lending agreements that benefit the Irish banks and their debt holders but not necessarily the Irish citizens, fundamental questions arise about how to move forward.
Διαβάστε περισσότερα »
Αναρτήθηκε από You Pay Your Crisis στις 10:33 μ.μ. Δεν υπάρχουν σχόλια: Σύνδεσμοι σε αυτήν την ανάρτηση 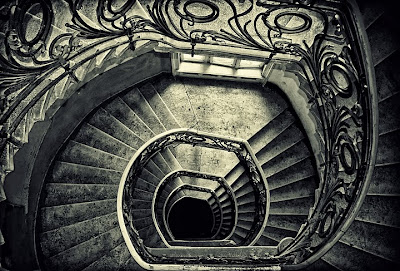