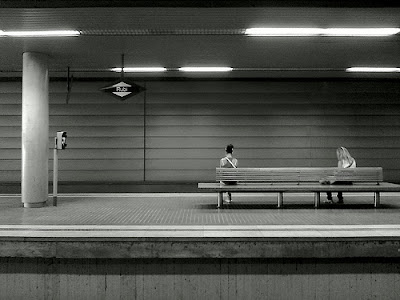 ΠΗΓΗ: Guardian
by M. Weisbrot
In recent months some advocates of Europe's austerity policies have been touting Latvia as a success story that shows how "internal devaluation" can work. This was the theme of a book published earlier this year by the Peterson Institute for International Economics, one of Washington's most influential think tanks. The book was co-authored by the Institute's Anders Aslund and Latvia's prime minister Valdis Dombrovskis.
The case study is relevant to Europe because there are important similarities between Latvia's economic strategy since 2008 and that which is now being promoted by the European authorities – the European Commission, the European Central Bank, and the International Monetary Fund (IMF), otherwise known as "the troika".
At first glance it might seem ridiculous to call an economic strategy a success if a country loses 24% of its output – the worst in the world for the crash of 2008-2009 – and official unemployment shoots up from 5.3% in 2007 to more than 20% in early 2010.
Although unemployment is now back down to 14.4%, and the economy is growing –an estimated 4% for 2011 – this is a steep price to pay for an eventual, not very rapid recovery. It's kind of like bragging about the success of the 1929-33 downturn of the Great Depression in the United States.
But the advocates argue that Latvia was successful because it kept the country's fixed exchange rate pegged to the euro. The argument is that if the country had tried to pursue expansionary macroeconomic policies – counter-cyclical government spending, lower interest rates, and therefore also a devaluation – the result would have been even worse than the worst decline in the world. The main idea is that the devaluation would have had devastating balance sheet effects: many households and businesses that borrowed in euros but had their income in local currency would have gone bankrupt, with catastrophic effects on the banking system, etc.
Of course it is true that there would have been serious negative consequences from a devaluation in Latvia's circumstances, so this argument cannot be "proven" false. However, we can look at the experience of other countries that had crisis-driven devaluations and suffered these losses. For 13 countries over the last 20 years, the average loss of GDP following devaluation was 4.5% of GDP. Three years later, the average country was 6.5% above its pre-devaluation peak.
Latvia, by comparison, did not devalue, and, three years later, is still down 21% from its pre-crisis GDP.
So the argument that "it could have been much worse" does not seem plausible. Some of these other countries suffered severe financial collapses after their devaluation, such as Argentina, which was also mostly excluded from international borrowing since its devaluation and default in December 2001 and January 2002. Yet Argentina has done very well since its devaluation and default, with the economy shrinking initially by 4.9%, then growing more than 90% over the ensuing nine years. But all of these 13 countries with crisis-driven devaluations did vastly better than Latvia has done.
The social costs in Latvia were even higher than the official unemployment numbers indicate. Unemployment and underemployment – including those involuntarily working part-time or having dropped out of the labor force – peaked at more than 30% last year. And an estimated 10% of the labor force left the country – a huge emigration by any comparison, and a significant loss to Latvia.
All this unemployment and misery is not a side effect of the internal devaluation strategy, but a fundamental part of it. The idea of an internal devaluation is that, with the currency fixed, you have to push down prices and especially wages in order to make the country more competitive internationally.
This is done through a severe recession and very high unemployment. This is part of the current strategy of the troika for making Greece, Italy, Spain, Portugal, and Ireland more competitive.
Ironically, the internal devaluation in Latvia didn't work even on its own terms. The weak recovery over the last year and a half owes little or nothing to net exports – which would be the driver of recovery if the internal devaluation actually worked, and made the country's exports and import-competing industries more competitive.
Rather, it appears that the economy recovered because the government stopped its budget tightening after a huge economic contraction, and because there was a burst of inflation that helped the country out of its deflationary mess.
The internal devaluation in the eurozone is not working either, as the common currency area now appears to be in recession, according to the OECD's latest estimates. The other part of the troika's strategy – a rescue by confidence fairies in the bond markets, is doing even worse.
The bond markets seem to realize that current austerity and even agreements for more co-ordinated fiscal austerity in the future –as the European authorities announced with great fanfare last week – will only increase the eurozone's debt burden.
Sooner or later, the European authorities will have to stop building that bridge to the 19th century, and use modern economic policy to pull the European economy out of recession. Europe cannot afford to go through what Latvia went through, and neither can the world afford it: a more severe recession in Europe could set off a financial crisis of the kind that we saw in 2008. That is the fire that the European authorities are playing with right now.
• Mark Weisbrot is co-director of the Center for Economic and Policy Research, in Washington, DC. He is also president of Just Foreign Policy
Αναρτήθηκε από You Pay Your Crisis στις 9:42 μ.μ.