Politicians under the euro: at the wheel but not steering 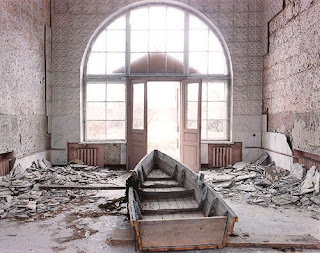 A novel sight was on display in southern Europe yesterday: voters actually choosing their next prime minister. Over the past month, the Greeks and Italians have seen their leaders tossed out of office and replaced with unelected technocrats. In the case of Spain, which went to the polls yesterday, the leader, socialist José Luis Rodríguez Zapatero, also left – but this time his exit was scheduled well in advance. And Spaniards were actually consulted on who his successor should be. All the indications last night were that they plumped for conservative Mariano Rajoy. Yet although exit polls showed the Popular party had a 13-point lead in the opinion polls over the outgoing socialists, Mr Rajoy and his team are not acting like they are in charge.


On the last day of campaigning, Mr Rajoy went on the radio to plead with financiers to "realise that there are elections and that the winners must be given a little room for manoeuvre that should last more than half an hour". For their part, people in financial markets don't seem in much mood to listen. With plenty of time to factor in a conservative victory, they still treated Spain as a riskier bet than Italy. At the end of last week, the interest rate on a 10-year loan to the Spanish state was up to 6.76% – higher even than Italy's 6.67%. That may rise further with the installation of a caretaker government. Much more of this and Spain will soon be back in the league of eurozone bailout candidates. Yet unlike Greece, Spain did not fudge its government finances. Unlike Italy, it does not have chronically high public debt (indeed, as a proportion of GDP, Spanish government debt is lower than Germany). Spain is the economy that did everything it was told to, run by centre-left politicians who would probably have come top of the class in third-way economics. And yet, it is now teetering on the brink of crisis. Those two observations lead you on to a conclusion about the plight of the modern European social democrat.
Mr Zapatero was in charge from 2004. He prided himself on being managerial, technical – what his compatriots sometimes call a "soso-man" (dull man). He was in essence Tony Blair without the charisma (and without Iraq). That comparison is not an unlikely one: the Spanish socialist leadership is in close contact with their Labour counterparts and are admiring of the third-way politics practised in Britain. Like Mr Blair, and the short-lived George Papandreou in Greece, Mr Zapatero ran a government that believed in leaving the private sector largely alone and simply providing macroeconomic stability. All three politicians occupied themselves with nice distractions such as participatory democracy. In economics, the Spanish socialists ran their budgets with an iron discipline – and so turned a blind eye to the twin crises in their banking and housing markets. Just as in Britain, leaving the private sector alone meant allowing massive bubbles to inflate. Just as in Greece and Britain, the Spanish allowed their industrial base to be heavily corroded.
In the case of Spain and Greece, their response to the sovereign-debt catastrophe has been effectively directed by the rest of Europe. Mr Zapatero tried initially to ignore the looming crisis, then went for Keynesianism-lite – before being told by Germany and France to go for austerity. As in Greece, the Spanish left have actually followed their austerity programmes as far as they could, bringing down government deficits even while destroying their own electoral standing. The Greeks and the Spanish cannot devalue their own currencies – but everything else they have done has been according to the austerity-economics textbook. And it hasn't worked. For all the current talk about a democratic crisis in euroland, the politicians themselves gave much of their own sovereignty away in the preceding decade. From Blair to Zapatero, the fashion in social-democratic thinking has been to abdicate power – and now bond markets are filling the vacuum.