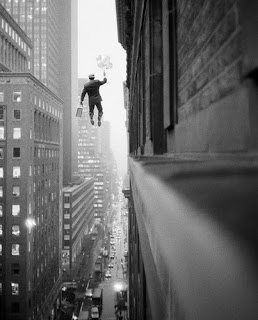 ΠΗΓΗ: ΝΥΤ
By JEFFREY D. SACHS
OCCUPY WALL STREET and its allied movements around the country are more than a walk in the park. They are most likely the start of a new era in America. Historians have noted that American politics moves in long swings. We are at the end of the 30-year Reagan era, a period that has culminated in soaring income for the top 1 percent and crushing unemployment or income stagnation for much of the rest. The overarching challenge of the coming years is to restore prosperity and power for the 99 percent.
Thirty years ago, a newly elected Ronald Reagan made a fateful judgment: “Government is not the solution to our problem. Government is the problem.” Taxes for the rich were slashed, as were outlays on public services and investments as a share of national income. Only the military and a few big transfer programs like Social Security, Medicare, Medicaid and veterans’ benefits were exempted from the squeeze.

Reagan’s was a fateful misdiagnosis. He completely overlooked the real issue — the rise of global competition in the information age — and fought a bogeyman, the government. Decades on, America pays the price of that misdiagnosis, with a nation singularly unprepared to face the global economic, energy and environmental challenges of our time.
Washington still channels Reaganomics. The federal budget for nonsecurity discretionary outlays — categories like highways and rail, education, job training, research and development, the judiciary, NASA, environmental protection, energy, the I.R.S. and more — was cut from more than 5 percent of gross domestic product at the end of the 1970s to around half of that today. With the budget caps enacted in the August agreement, domestic discretionary spending would decline to less than 2 percent of G.D.P. by the end of the decade, according to the White House. Government would die by fiscal asphyxiation.
Both parties have joined in crippling the government in response to the demands of their wealthy campaign contributors, who above all else insist on keeping low tax rates on capital gains, top incomes, estates and corporate profits. Corporate taxes as a share of national income are at the lowest levels in recent history. Rich households take home the greatest share of income since the Great Depression. Twice before in American history, powerful corporate interests dominated Washington and brought America to a state of unacceptable inequality, instability and corruption. Both times a social and political movement arose to restore democracy and shared prosperity.
The first age of inequality was the Gilded Age at the end of the 19th century, an era quite like today, when both political parties served the interests of the corporate robber barons. The progressive movement arose after the financial crisis of 1893. In the following decades Theodore Roosevelt and Woodrow Wilson came to power, and the movement pushed through a remarkable era of reform: trust busting, federal income taxation, fair labor standards, the direct election of senators and women’s suffrage.
The second gilded age was the Roaring Twenties. The pro-business administrations of Harding, Coolidge and Hoover once again opened up the floodgates of corruption and financial excess, this time culminating in the Great Depression. And once again the pendulum swung. F.D.R.’s New Deal marked the start of several decades of reducedincome inequality, strong trade unions, steep top tax rates and strict financial regulation. After 1981, Reagan began to dismantle each of these core features of the New Deal.
Following our recent financial calamity, a third progressive era is likely to be in the making. This one should aim for three things. The first is a revival of crucial public services, especially education, training, public investment and environmental protection. The second is the end of a climate of impunity that encouraged nearly every Wall Street firm to commit financial fraud. The third is to re-establish the supremacy of people votes over dollar votes in Washington.
None of this will be easy. Vested interests are deeply entrenched, even as Wall Street titans are jailed and their firms pay megafines for fraud. The progressive era took 20 years to correct abuses of the Gilded Age. The New Deal struggled for a decade to overcome the Great Depression, and the expansion of economic justice lasted through the 1960s. The new wave of reform is but a few months old.
The young people in Zuccotti Park and more than 1,000 cities have started America on a path to renewal. The movement, still in its first days,  will have to expand in several strategic ways. Activists are needed among shareholders, consumers and students to hold corporations and politicians to account. Shareholders, for example, should pressure companies to get out of politics. Consumers should take their money and purchasing power away from companies that confuse business and political power. The whole range of other actions — shareholder and consumer activism, policy formulation, and running of candidates — will not happen in the park.
The new movement also needs to build a public policy platform. The American people have it absolutely right on the three main points of a new agenda. To put it simply: tax the rich, end the wars and restore honest and effective government for all.
Finally, the new progressive era will need a fresh and gutsy generation of candidates to seek election victories not through wealthy campaign financiers but through free social media. A new generation of politicians will prove that they can win on YouTube, Twitter, Facebook and blog sites, rather than with corporate-financed TV ads. By lowering the cost of political campaigning, the free social media can liberate Washington from the current state of endemic corruption. And the candidates that turn down large campaign checks, political action committees, Super PACs and bundlers will be well positioned to call out their opponents who are on the corporate take.
Those who think that the cold weather will end the protests should think again. A new generation of leaders is just getting started. The new progressive age has begun.
Αναρτήθηκε από You Pay Your Crisis στις 9:13 π.μ.