Why Greece Should Reject the Euro 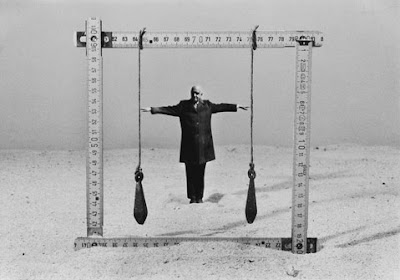 By Mark Weisbrot
This article was published in the The New York Times, on May 10, 2011.
Sometimes there is turmoil in the markets because a government threatens to do what is best for its citizens. This seemed to be the case in Europe last week, when the German magazine Der Spiegel reported that the Greek government was threatening to stop using the euro. The euro suffered its worst two-day plunge since December 2008.
Greek and European Union officials denied the report, but a threat by Greece to jettison the euro is long overdue, and it should be prepared to carry it out. As much as the move might cost Greece in the short term, it is very unlikely that such costs would be greater than the many years of recession, stagnation and high unemployment that the European authorities are offering.
The experience of Argentina at the end of 2001 is instructive. For more than three and a half years Argentina had suffered through one of the deepest recessions of the 20th century. Its peso was pegged to the dollar, which is similar to Greece having the euro as its national currency. The Argentines took loans from the International Monetary Fund, and cut spending as poverty and unemployment soared. It was all in vain as the recession deepened.

Then Argentina defaulted on its foreign debt and cut loose from the dollar. Most economists and the business press predicted that years of disaster would ensue. But the economy shrank for just one more quarter after the devaluation and default; it then grew 63 percent over the next six years. More than 11 million people, in a nation of 39 million, were pulled out of poverty.
Within three years Argentina was back to its pre-recession level of output, despite losing more than twice as much of its gross domestic product as Greece has lost in its current recession. By contrast, in Greece, even if things go well, the IMF projects that the economy will take eight years to reach its pre-crisis GDP. But this is likely optimistic — the IMF has repeatedly lowered its near-term growth projections for Greece since the crisis began.
The main reason for Argentina’s rapid recovery was that it was finally freed from adhering to fiscal and monetary policies that stifled growth. The same would be true for Greece if it were to drop the euro. Greece would also get a boost from the devaluation’s effect on the trade balance (as Argentina did for the first six months of recovery), since its exports would be more competitive, and imports would be more expensive.
Press reports have also warned of a sharp increase in Greek debt from devaluation if it were to leave the euro zone. But the fact is that Greece would not pay this debt, as Argentina did not pay two-thirds of its foreign debt after its devaluation and default.
Portugal just concluded an agreement with the IMF that projects two more years of recession. No government should accept this kind of punishment. A responsible leader would point out to the European authorities that they have the money to support Greece with countercyclical policies (like fiscal stimulus), though they are choosing not to.
From a creditors’ point of view, which the European Union authorities have apparently adopted, a country that has accumulated too much debt must be punished, so as not to encourage “bad behavior.” But punishing an entire country for the past mistakes of some of its leaders, while morally satisfying to some, is hardly the basis for sound policy.
There is also the idea that Greece — as well as Ireland, Spain and Portugal — can recover by means of an “internal devaluation.” This means increasing unemployment so much that wages fall enough to make the country more internationally competitive. The social costs of such a move, however, are extremely high and it rarely if ever works. Unemployment has doubled in Greece (to 14.7 percent), more than doubled in Spain (to 20.7 percent) and more than tripled in Ireland (to 14.7 percent). But recovery is still elusive.
You can be sure that the European authorities would offer Greece a better deal under a credible threat of leaving the euro zone. In fact, there are indications that they may have already moved in response to last week’s threat.
But the bottom line is that Greece cannot afford to settle for any deal that does not allow it to grow and make its way out of the recession. Loans that require what economists call “pro-cyclical” policies — cutting spending and raising taxes in the face of recession — should be off the table. The attempt to shrink Greece’s way out has failed. If that’s all that the European authorities have to offer, then it is time for Greece, and perhaps others, to say goodbye to the euro.
Αναρτήθηκε από You Pay Your Crisis στις 8:21 μ.μ.