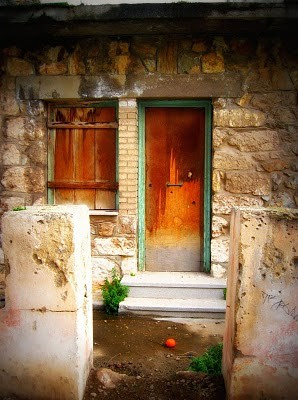 ΠΗΓΗ: BBC
Europe is in the grip of tough austerity measures - some of the deepest public sector cuts for a generation.
The colossal debts and rock-bottom growthof eurozone "periphery" nations - especially Greece and Italy - have hammered market confidence. The interest rates (yields) on their sovereign bonds have soared, making it hard or even impossible for them to borrow in international markets.
The fear now is that it may be impossible to cut Greece's debt mountain - about 340bn euros (£297bn; $478bn) - to manageable proportions without some sort of default.
Greece, Ireland and Portugal have all received massive bailouts from the EU and International Monetary Fund (IMF).
The 27 EU member states aim to cut deficits to a maximum of 3% of GDP by the financial year 2014-15, so what belt-tightening measures are the countries taking?

GREECE
Greece is under intense EU pressure to adopt the new package of austerity measures that EU leaders set as a condition for a new 130bn-euro bailout.
After a week of political turmoil a new coalition cabinet was sworn in on 11 November, led by an unelected banker - Prime Minister Lucas Papademos.
Greece remains frozen out of international credit markets because its sovereign debt has junk status.
Greece has been drawing on a 110bn-euro loans package agreed by the EU and IMF in May 2010, but to prevent a default the lenders decided that a second bailout was needed.
As part of the new deal, private banks holding Greek debt will accept a write-off of 50% of their returns. That is expected to cut the nation's debt load to 120% of its GDP in 2020.
To meet the lenders' demands, Greece is planning additional austerity measures, despite a wave of protests and crippling strikes.
The unpopular measures include a new property tax and the suspension of 30,000 civil servants on partial pay by the end of this year.
But the outgoing Pasok (socialist) government of George Papandreou did not deliver on a major element of the rescue plan - large-scale privatisation. The goal is to raise 50bn euros from sales of state assets by 2015.
Many Greeks feel the international lenders' conditions are intolerable, condemning the country to years of painful spending cuts and job losses. The unemployment rate has risen to 18.4%.

The crisis has toppled the veteran leader who has dominated Italian politics for two decades - Silvio Berlusconi.
The immediate trigger for his downfall was Italy's soaring bond yields - they entered the 7% danger zone, generally regarded as unsustainable.
The markets are still jittery about Italy's 1.9-trillion-euro public debt (about 120% of GDP) and anaemic growth rate.
A former EU commissioner, Mario Monti, looks poised to replace Mr Berlusconi, who was punished for failing to deliver austerity measures quickly or deeply enough for the EU.
The Berlusconi government adopted an austerity package in July, featuring savings worth 70bn euros. It included increases in healthcare fees, and cuts to regional subsidies, family tax benefits and the pensions of high earners.
A second austerity package - 58.9bn euros' worth of savings - is now going through parliament. It is intended to balance the budget by 2013. It entails a rise in sales taxes, a revised wealth tax and a crackdown on tax evasion.
In the public sector Italy has been cutting pay and freezing new recruitment. Only one employee will be replaced for every five who leave.

In December 2010 the former Irish government accepted an EU/IMF bailout worth 85bn euros.
In July, EU leaders agreed to a request from the new government of Enda Kenny to lower the interest rate from around 6% to between 3.5% and 4%.
The length of time to pay back the loan was also extended from seven-and-a-half years to 15 years.
Since 2008, the cost of bailing out the stricken banks has been 46bn euros, a huge hole in the government's finances. But that cost will climb to almost 70bn euros because bank stress tests, published in March 2011, showed that four major banks would have to be recapitalised.
The toughest budget in the nation's history included a pledge to trim the deficit by 6bn euros in 2011.
Government spending has been slashed by 4bn euros, with all public servants' pay cut by at least 5% and social welfare reduced.

In May this year Portugal became the third eurozone country to receive a huge EU/IMF bailout - 78bn euros.
A new centre-right coalition government took office after elections in June and it has a big enough majority to pass the austerity measures necessary under the bail-out conditions.
It aims to get the budget deficit down to 5.9% of GDP this year.
The previous minority Socialist government fell after failing to get opposition backing for a new austerity package.
Various austerity measures have already been adopted such as a 5% pay cut for top earners in the public sector, a VAT rise of 1% and income tax hikes for high-earners. The military budget is being slashed and two high-speed rail projects have been postponed.

Unemployment has more than doubled - to 21% - since 2007. It is the highest rate in the EU and Spain's biggest economic problem. The rate among young Spaniards is even higher - 46%.
The government approved an austerity budget for 2011 which includes a tax rise for the rich and 8% spending cuts.
Government workers have had their pay cut by 5% and salaries have been frozen for 2011. The retirement age is being raised to 67.
The tax on tobacco is to rise 28%, but a plan to sell off 30% of the Spanish national lottery was shelved.
The ruling Socialists and opposition united to push through a "golden rule" in the constitution to keep future budget deficits to a strict limit.
Spain has seen widespread protests against austerity, with makeshift tent cities organised by young people who fear a bleak, jobless future.
Opinion polls suggest that Prime Minister Jose Luis Rodriguez Zapatero is heading for defeat in the 20 November elections at the hands of the conservative opposition Popular Party.

The Conservative-Liberal Democrat coalition government has announced the biggest cuts in state spending since World War II.
Savings estimated at about £83bn are to be made over four years. The plan is to cut 490,000 public sector jobs. Most Whitehall departments face budget cuts of 19% on average. The retirement age is to rise from 65 to 66 by 2020.
The budget deficit is about 10% of GDP and unemployment - officially 2.45 million (7.7%) - is at its highest level since 1994.
Public anger over the cuts has grown. More than 250,000 people demonstrated in London on 26 March - the city's biggest protest since the 2003 Iraq war.

France has announced plans for 65bn euros of savings by 2016. It aims to close tax loopholes and withdraw temporary economic stimulus measures.
The highest earners will also be required to pay an extra 1% income tax.
VAT on many goods and services will be raised from 5.5% to 7%, except on essential goods such as food.
Corporate tax on companies with a turnover of more than 250m euros a year will also temporarily be raised by 5%.
With a presidential election looming next year the government is anxious to protect France's triple-A credit rating.
But the plan to raise the retirement age from 60 to 62 and the full state pension age from 65 to 67 provoked major protests and strikes last year.

The centre-right coalition formed after months of negotiation on 8 October last year said it wanted to cut the budget by 18bn euros ($24bn; £15bn) by 2015.
But the new government has to rely on the radical Freedom Party to enact legislation and there are doubts about its long-term viability.

The government proposed wage cuts of 25% and pension cuts of 15% last May to reduce the country's budget deficit.
There were protests and Interior Minister Vasile Blaga resigned after thousands of police officers went on strike over the 25% pay cut.
Romania's economy shrank more than 7% in 2009 and it needed an IMF bailout in order to meet its wage bill.

The government plans to cut the budget deficit by a record 80bn euros by 2014. The total deficit in 2009 was 3.1% of GDP, but it is projected to be above 5% for 2010.
The plans include a cut in subsidies to parents, 10,000 government job cuts over four years, and higher taxes on nuclear power.
Growth in the German economy slowed sharply between April and June and was weaker at the start of the year than previously thought, figures show.
Αναρτήθηκε από You Pay Your Crisis στις 10:32 μ.μ.